A documentary film about some men on the island of Gotland in Sweden, who started to dance.

A landscape gardener, a farmer, an academic . . .One is young, the others a little older.

These men started to practice modern dance once a week, one year later they also performed in a dance piece at the Visby Cathedral.

How come they started with this kind of dance?

How come they continued doing it? Who are they?

Susanne Svantesson meets these men during their dance class, also in their homes and in their work place to find out why and to hear their thoughts about it.

What is it that makes a farmer “throw aside his milk can and rush off to Visby to dance”?

Men Who Dance is a film about dance.

Men Who Dance is also a film about curiosity and courage, a film about wanting and daring to do something unknown.

“Following the men’s conquest of the steps turns mysterious concepts such as masculinity and talent upside down.

No, it is not ability that defines people. It is in the meeting between inability and will – or longing – that life becomes most visible.“

“It shows just the fragile meeting of people that dance can be – far beyond times and ages.” 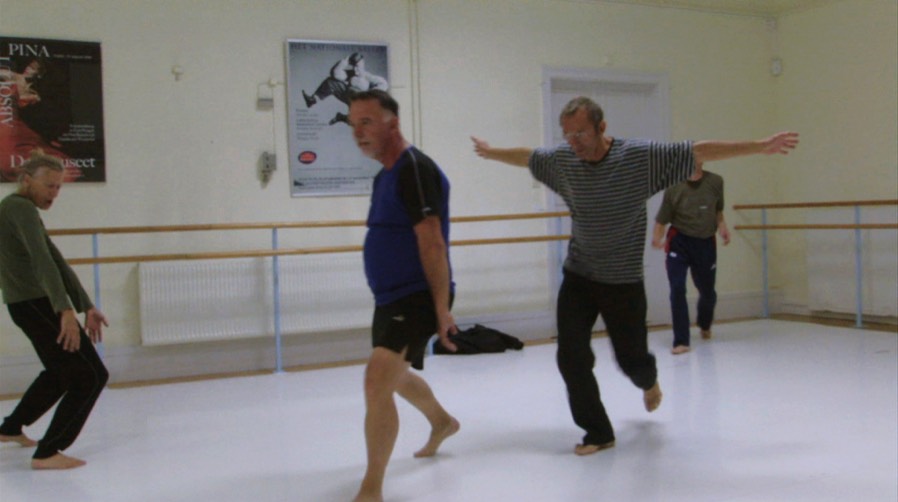 “Should win a Gotland Oscar! Great movie, watch it!

“The pictures, the music, the sound became an organic whole. Great! … you were both moved and tanned.”

“...On my retina I see the gardener, whose name I forgot, but who with such sincere enthusiasm described the essence of the beauty experience with the dance – to just stretch out your arms and bend your knees! So nice! And to do it together! “ 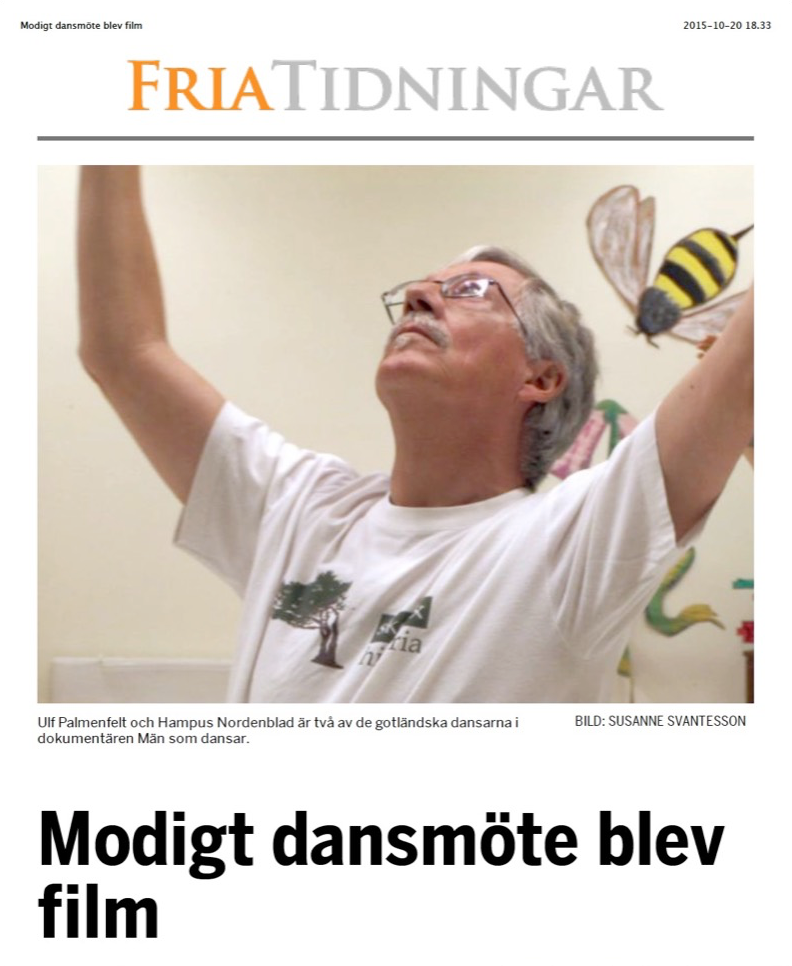 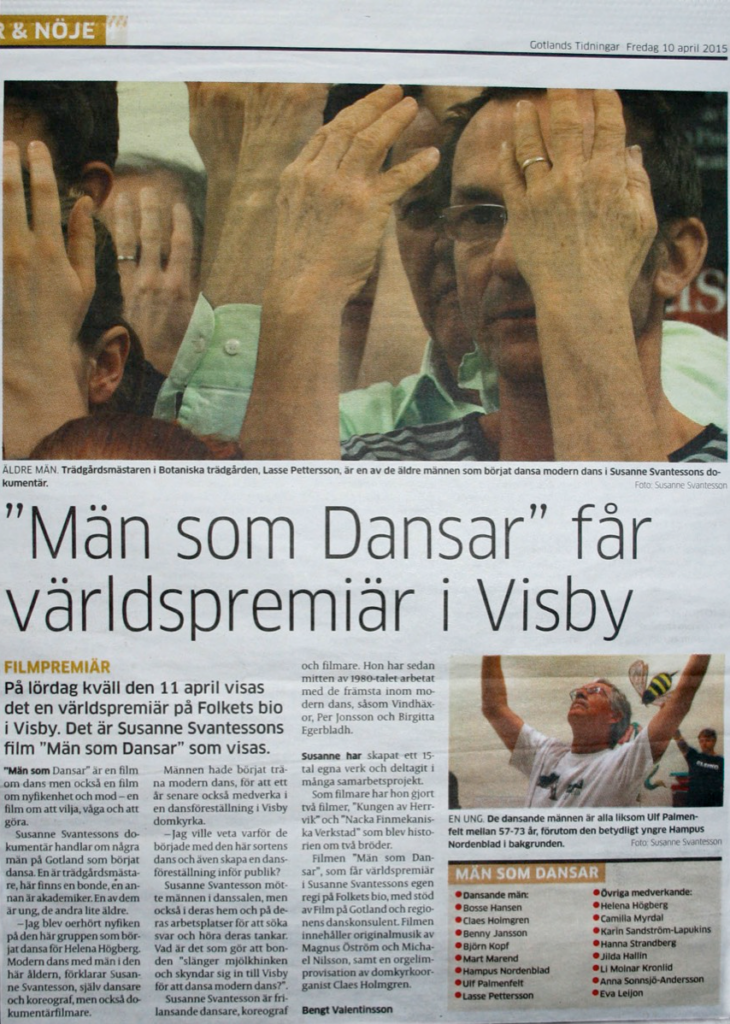 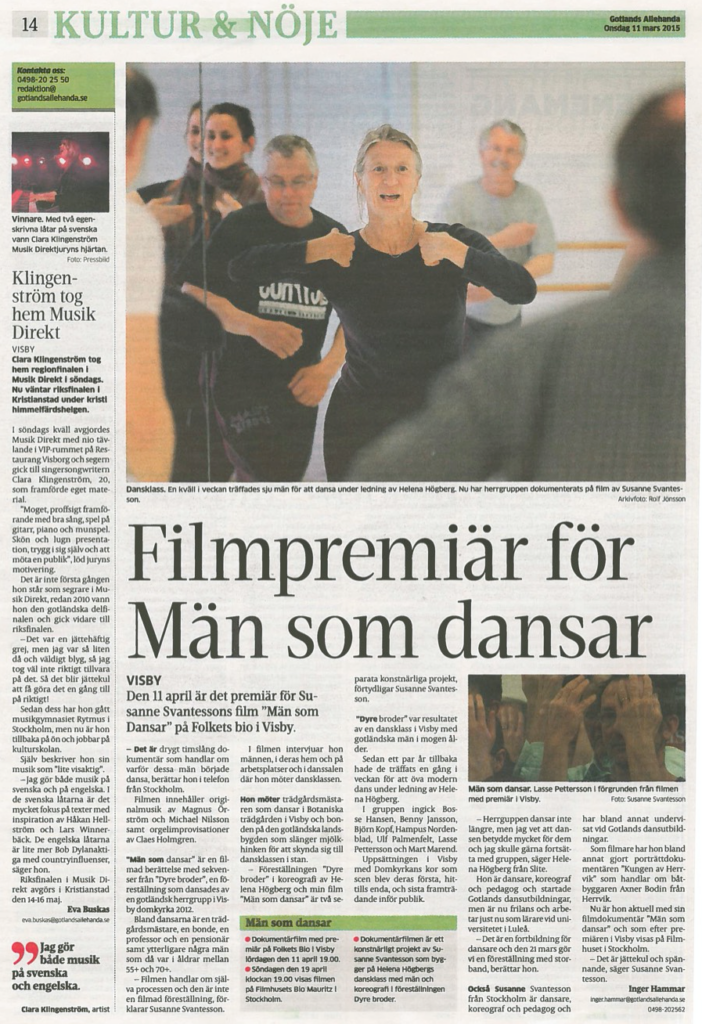 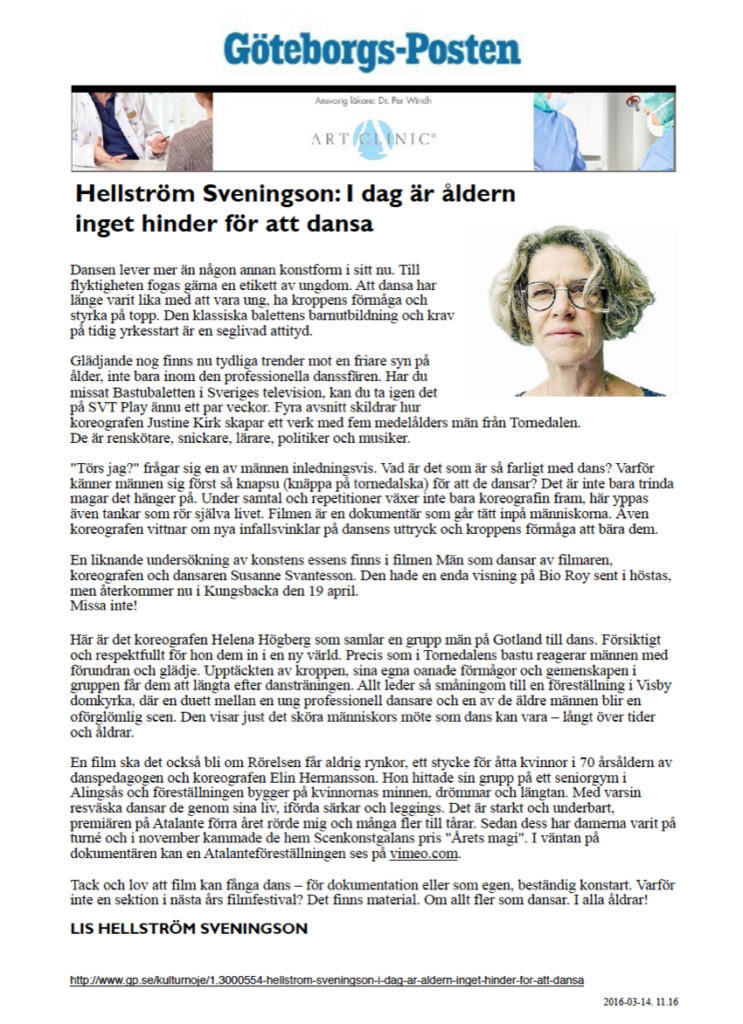 Men who dance travel the world...

Men who dance has since its premiere in 2015 been shown in many cinemas and festivals. The film has been shown at Bio Rio, Filmhuset, Dansmuseet, Dansens Hus and at Dieselverkstaden in Stockholm, at Bio Roy and Hagabion in Gothenburg, at Doc Lounge in Varberg, in Örebro, in Vänersborg, in Kungsbacka and other places.

I was also invited to Bergman Week on Fårö in June 2016, to the Forever Dance Festival at Skåne’s Dance Theater 2016 and to dance film festivals in Gävle and Bollnäs.

In November 2017, the film was nominated for Best International Documentary at the InShadow Festival in Lisbon.

Men who dance was shown together with 15 other documentaries from 13 countries in a competition for Best International Documentary during the InShadow festival in Lisbon 16-18 November 2018. It was an exciting and fun experience as the film was very well received and the festival offered many inspiring meetings with other directors and audiences.

The pictures show the beautiful cinema Cinemateca Portuguese where the festival was held, presentation before the film together with the festival’s artistic directors Pedro Sena Nunes (documentary filmmaker) and Ana Rita Barata (choreographer). It was very gratifying that Helena and Jilda, who participate in Men Who Dance, were also present during the show.

With the support of the Artists’ Committee. 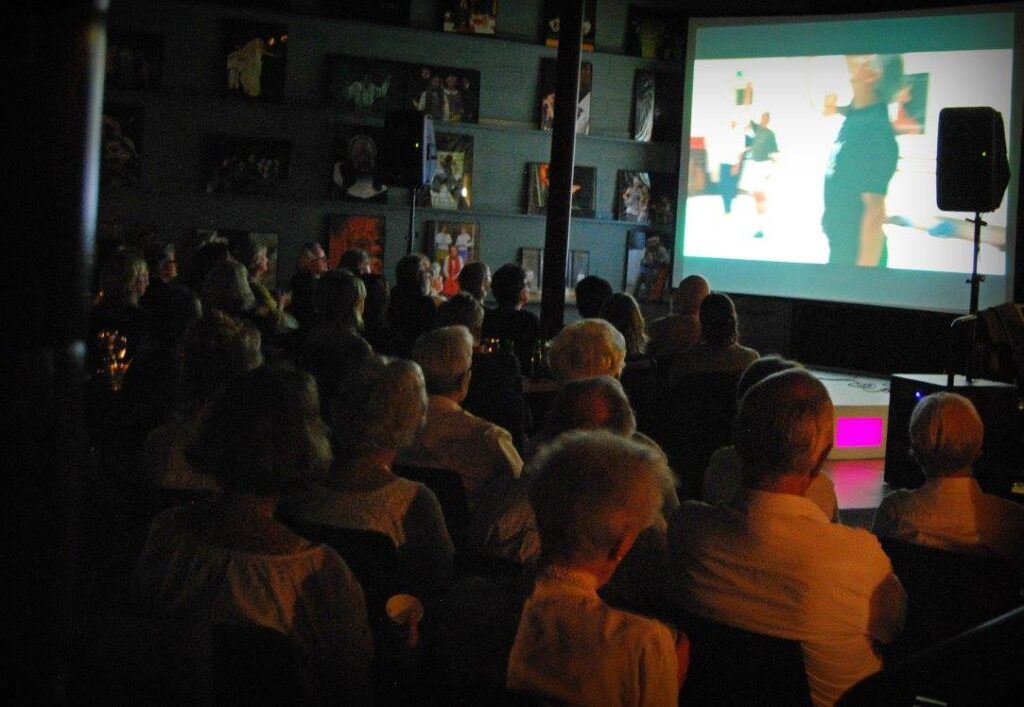 The film is rolling…

It was a fantastic evening with a wonderful bar hangout, nice audience and  atmosphere, fun discussion after the film and also an audience record for Doc Lounge in Varberg! 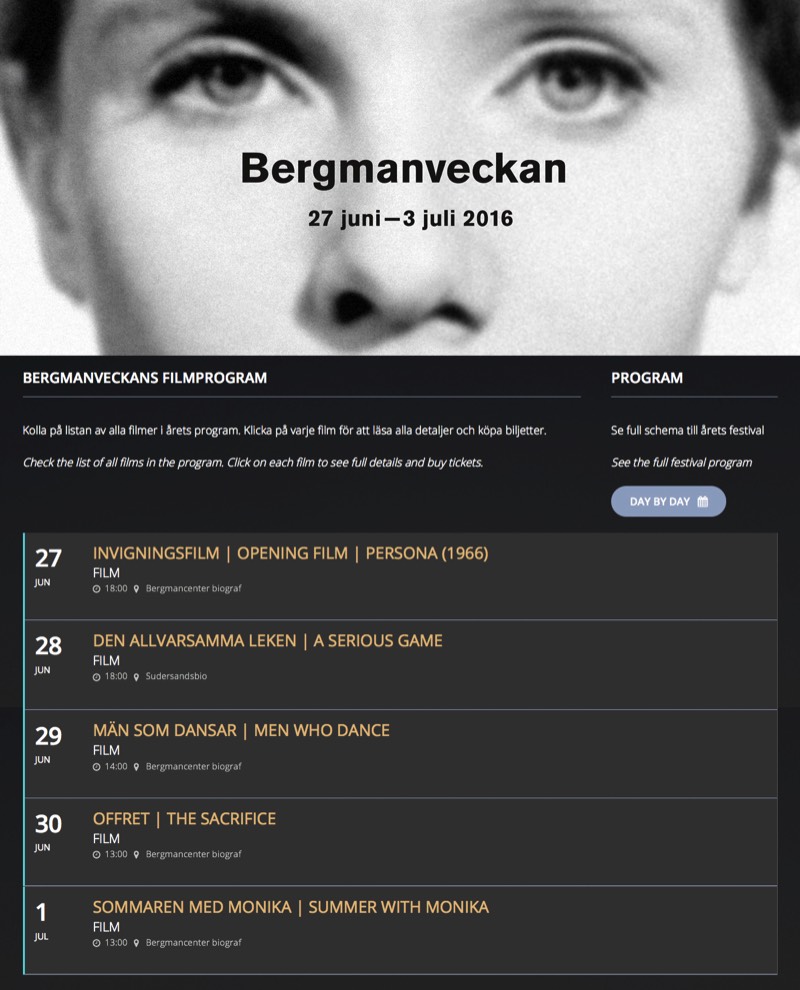 In the summer of 2016, I was invited to Bergman Week on Fårö to show men who dance. It was honoring and exciting to participate in the festival.